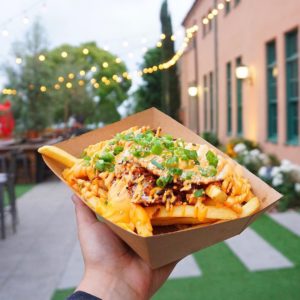 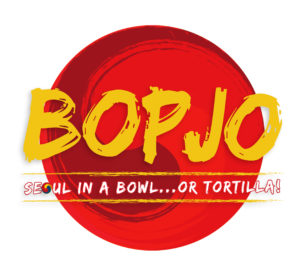 Welcome to BOPJO! What does BOPJO mean? It literally means "feed me" in Korean. We're a Korean BBQ concept with an ode to our love for Mexican food. You'll taste the recipes influenced by our mothers in our meats and toppings. Enjoy them in a bowl or tortilla, it's up to you.

Our head chefs are two Korean-Americans who proudly served in the U.S. Military. James Kim and Alex Lee served as medics with the Army and Navy, respectively. Upon completing their service, both decided working their way up in a kitchen is what they wanted to do. Suffice to say both paid their dues. Now as a team, they're proud to bring you BOPJO, Seoul in a Bowl... or Tortilla!